Factors To Consider Before Hiring Professionals For Chimney Services In Waxhaw, NC

Owning a fireplace and utilizing a chimney frequently require chimney repair, chimney inspection, and chimney caps since improper maintenance or chimney safety can result in fire threats and other risks. Even though homeowners always have the option to perform their chimney cleaning, doing so may be dangerous.

You may avoid the inconvenience of doing it yourself and save money by hiring a professional chimney cleaning service like Smoke Alert Home Fire Safety in Union County. Finding a local chimney company with the necessary training, certifications,licenses, and insurance is essential.

Additionally, many chimney cleaning companies provide free inspections. You need to look at their credentials if you want suggestions for the right cleaning services to consider while looking for a "chimney company near me" in Waxhaw, NC.

Homeowners should consider several characteristics while choosing the right chimney cleaning service business for their chimney around the service area.

The right local chimney company, like Smoke Alert Home Fire Safety, in Union County can ensure that your chimney is free of smoke and fire threats. Here are some essential criteria to consider when screening potential companies.

Although many trustworthy chimney cleaning companies are available in Union County, not all provide services across all regions. Homeowners should determine whether the company they are researching offers services in their area before considering other factors, such as emergency availability and affordability.

Many chimney cleaning firms focus on particular geographic areas instead of serving all over the state. Even if a provider does help the neighborhood, residents should consider if the services are accessible in an emergency. A list of nearby service providers should appear when you search for "chimney company near me" in Waxhaw, NC.

Smoke Alert Home Fire Safety is the most reliable and affordable company that provides all the services related to the chimney project like chimney safety, leaking, home safety, waterproofing, repair, inspection, sweeping, etc. 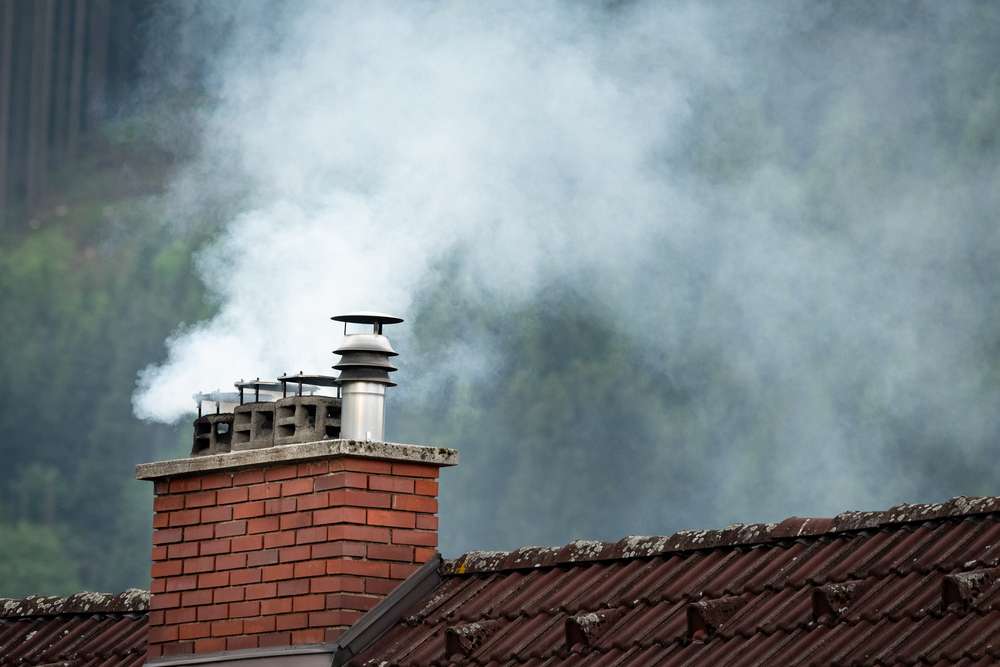 A reliable chimney cleaning company like ours has associates on hand to assist, especially in an emergency scenario and will provide flexible scheduling alternatives. A homeowner may consider going elsewhere for the project if a firm is booked for weeks or months.

However, there has to be flexibility in the business’s schedule and furthermore, the business's schedule should be simple to book and should allow appointments to be made in advance.

It is crucial to seek immediate assistance if a homeowner hears popping or crackling sounds from their chimney, finds thick smoke from their flue, or observes any other signs of a chimney fire. Strong odors or dark chimney walls are two less significant (but still important) indicators that a chimney needs to be cleaned and inspected immediately.

Employing a reliable chimney cleaning service like Smoke Alert Home Fire Safety that is readily accessible in an emergency is beneficial in situations like these.

A house can suffer irreversible harm if you don’t act immediately. To avoid chimney issues, like chimney leaking or any other, be sure to pick a provider that’s available in an emergency.

4) Get A Chimney Inspection

A professional look at the chimney is essential since many typical indicators of more significant problems, including broken mortar joints or melted crowns, go unnoticed by homeowners. After a season of chimney usage, doing the inspections routinely (such as each spring, as experts advise) will keep homes secure and worry-free.

For homeowners to ensure the appropriate care and maintenance of their chimney, our cleaning service employs qualified and experienced personnel. Inadequate chimney cleaning can result in harmful issues, such as house fires and carbon monoxide poisoning.

Homeowners should prioritize professionalism and qualifications above cost when choosing a local chimney company. Even if a company is more reasonably priced, if its employees lack chimney cleaning knowledge, it is probably not a wise decision.

The following are some of the top and most popular certifications and affiliations that our team possesses:

The installation of fireplaces, dryer crack cleaning, and duct cleaning are among the various extra services that many businesses provide. It makes sense to schedule both treatments from the same firm if a homeowner is contemplating more than one home service, such as dryer vent cleaning and chimney cleaning.

Homeowners should evaluate their home safety requirements and search for packages or discounts on those particular services when interviewing possible chimney cleaning providers.

Furthermore, you can compare the pricing of the extra services offered with their specific demands to finalize the best option. When utilizing a fireplace and other utilities, having an all-in-one service from us may help you save money and time while assuring your home safety.

Customer service is a crucial component of every company, but for service-based companies, it is the most critical factor. If a company's chimney cleaning has terrible customer service, it may be difficult to make appointments or contact a specialist with inquiries or complaints.

Look for a company that offers simple and effective customer service, either online, offline, or both methods of communication.

To obtain a sense of the caliber of their customer care, consider how long it takes for a customer service employee to respond and get an estimate or date of service.

We want you to reliably trust our professionals that we can handle all your chimney requirements to complete the work correctly, on schedule, and at your satisfaction levels.

Smoke Alert Home Fire Safety, your chimney company near me, is the most reliable option when selecting an expert chimney cleaning service in Union County. We have been providing professional chimney repair and cleaning services worldwide.

After every job is finished, our team engages themselves to ensure that your home is safe and clean. Contact us right now on 919-302-9036 to get started on your upcoming chimney cleaning projects in Waxhaw, NC!

Waxhaw is a town in Union County, North Carolina, United States. The population was 20,534 according to the 2020 Census.The population grew from 108.28% from 2010. The name is derived from the indigenous people who lived in the area, who were known as the Waxhaw people.

The original inhabitants of the region were a Native American people group known alternately as either the Wysacky or the Waxhaws. The first European to record contacting the group was the Spanish conquistador Juan Pardo. In 1711, the Waxhaw aided the British colonists of North Carolina in their war against the Tuscarora, a decision that antagonized the Tuscaroras Iroquoian allies in New York, who subsequently began raiding the Waxhaw tribe. These raids continued until 1715, when the Waxhaw joined the Yamasee war effort against the British colony of South Carolina. The tribes involvement in the Yamasee War led to their destruction at the hands of South Carolina’s Catawba allies and the freeing of their land for European settlement.

The area was first settled by colonists in the mid-eighteenth century. Most settlers were of German and Scots-Irish origin. Settlers became subsistence farmers and were known for being independent. Andrew Jackson, who later would become the seventh President of the United States, was born nearby in 1767, prior to the American Revolution. There is some disagreement as to which of the Carolinas was his birthplace because of the proximity of the border between the two. However, there are historical marker signs around Waxhaw, North Carolina describing Andrew Jackson’s early connection to the area. His relationship to the area also is documented at the Museum of the Waxhaws. Andrew Jackson State Park is minutes from downtown Waxhaw, which has a memorial and other information about Andrew Jackson.

Footbridge over the railway tracks